Because The Bravest Squirrel children's book series is available exclusively through Amazon and is free to Amazon Prime members, I am thrill to be one of the stops in this amazing chance to win a Kindle Fire. Good luck!

Techy Tribe, Mom to Bed by 8, the Iowa-Mom and Bella Savvy have teamed up to give away a Kindle Fire to one lucky reader! This is a perfect gadget gift for anyone on your list, including mom! No matter if your are a social media junkie, book lover or even a ole' fashioned web surfer, this is one product you want to win. Special thank you to the wonderful bloggers who made this possible including our co-hosts: Giveaway Bandit, Mommy's Memorandum and eReading on the Cheap.
Kindle Fire, Full Color 7" Multi-touch Display, Wi-Fi - RV: $199
Movies, apps, games, music, reading and more, plus Amazon's revolutionary, cloud-accelerated web browser

Giveaway starts on April 30 at 12:01AM EST and ends May 14 at 11:59PM EST. Open to the US and Canadian only; must be 18 years of age or older to enter.
Who is ready for some techy summer fun? Enter to win a Kindle Fire below on the rafflecopter form.
Read more »
Posted by Unknown at 12:00 AM 2 comments: 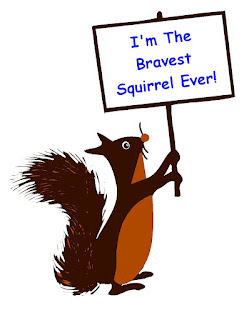 I will be at the Chicago Northwest Marriott in Hoffman Estates on Friday, April 27 and Saturday, April 28 handing out these fun squirrel tattoos to anyone who tells me, "I'm the Bravest Squirrel Ever!" So if you're in the area, please stop by.  I would love to meet you. 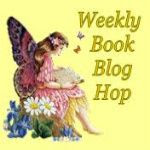 The Bravest Squirrel books are children’s chapter books with an age 7-10 reading level and are entertaining for the entire family.  They are currently available in Kindle format only.  Free apps to read Kindle books on your phone or PC are available for download on Amazon. 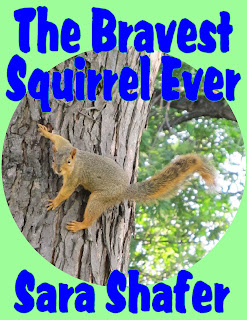 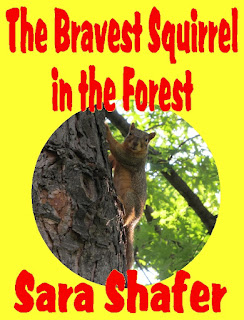 The Bravest Squirrel in the Forest:  Everyone thinks Max’s sister is braver than he is, and he’s sick of it. He’s determined to prove he is the bravest squirrel ever. He devises a plan for the humans to trap him, so he can rescue his Uncle Louie. But things don’t go according to plan. First, he is forgotten in the cage. Then he is dumped out of a truck and abandoned in the forest with a hungry coyote hot on his trail. Max has to give up being brave and beg others to help him. When he has the chance to save Uncle Louie or risk his life to save a friend, suddenly Max discovers just how brave he really is.
Posted by Unknown at 6:39 PM No comments: