Mother Daughter Book Reviews is pleased to be coordinating a Book Blast for the picture book "Luna's Lost Ball" by R.A. Milnes II (June 18 to 20, 2015).


Summary: Luna is a Labrador retriever and she has lost her most favorite ball. Follow Shiloh and her friends in a tale of friendship, teamwork, sharing, and reward as they help Luna find her lost ball.


The Buzz About the Book

"Wonderful book for small children! My twins are 4 years old and loved the story and colorful backgrounds! We are anxiously waiting the next in the collection!" ~ Marianne H., Amazon

About the Author: R.A. Milnes II

I am a business professional working in the healthcare industry. Luna's Lost Ball began as a gift to my niece and nephew. I have such love for them that I wanted to give them something that they can hold on to. The beauty of this work is that I am able to incorporate my dogs, Shiloh and Luna, into telling a story of friendship, teamwork, sharing, and reward.

I hope that you enjoy this story and it brings your family joy each time you read it. My goal is to continue to write more stories under the Shiloh and Friends brand.

How to enter: Please enter using the Rafflecopter widget below.

Terms and Conditions: NO PURCHASE NECESSARY TO ENTER OR WIN. VOID WHERE PROHIBITED BY LAW. A winner will be randomly drawn through the Rafflecopter widget and will be contacted by email within 48 hours after the giveaway ends. The winner will then have 72 hours to respond. If the winner does not respond within 72 hours, a new draw will take place for a new winner. Odds of winning will vary depending on the number of eligible entries received. This contest is in no way sponsored, endorsed or administered by, or associated with Facebook. This giveaway is sponsored by the author, R.A. Milnes II and is hosted and managed by Renee from Mother Daughter Book Reviews. If you have any additional questions – feel free to send and email to Renee(at)MotherDaughterBookReviews(dot)com. 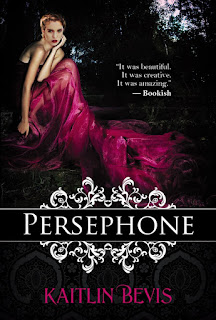